It is often quoted that the Royal Navy once described the Corryvreckan as unnavigable. I have seen it written in pamphlets and books and heard it on the BBC Coast programme where they got a number of facts wrong. The trouble is that once an authoritive source like the BBC start stating things as fact… They become so.

There are stories of boats getting into difficulties, but I have yet to find one that is specific to the Navy. If one looks at the charts produced by the Admiralty… these were surveyed by the Navy back in the days of the lead line. The detail and number of sounding carried out are incredible as is the detail and time spent amassing the information required to complete the West Coast Pilot. 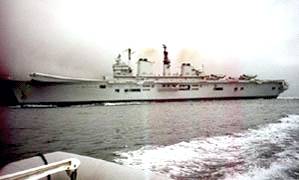 Careful reading of the pilot will find the word unnavigable but this is not used in the context of the Gulf of Corryvreckan. Advice from the Pilot in respect of the Gulf is that one should not venture there without some local knowledge, but there is no mention of it being unnavigable there. Here is the extract:

‘ Passage conditions 7.260
It is reported that the excessive rate of the tidal stream and the narrow width of the E entrance channel create an unnavigable area just S of Eilean a’ Bhealaich, an islet in the centre of the E entrance. As a result, it is inadvisable to pass through this channel, and even with local knowledge passage should only be attempted in quiet weather at slack water.’

This remark relates only to the ‘Grey Dogs’ or Little Corryvreckan, to the North of Scarba. The illustration on this page of one of HM Ships on a gray and misty day in the gulf is testament that the above myth is exactly that and my conclusion is that someone at some time has misread the pilot and applied that warning to the Gulf of Corryvreckan. 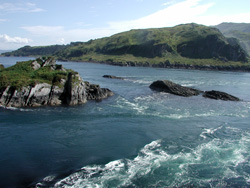 Right: View South Overlooking
Eilean a Bhealaich at the Mouth of the Gray Dog 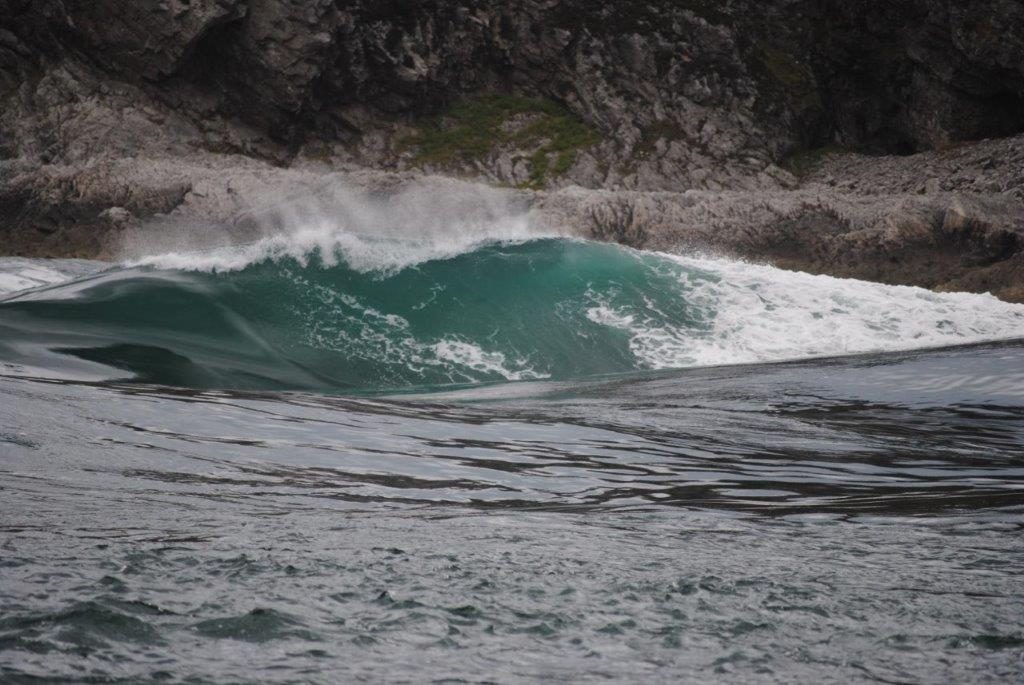 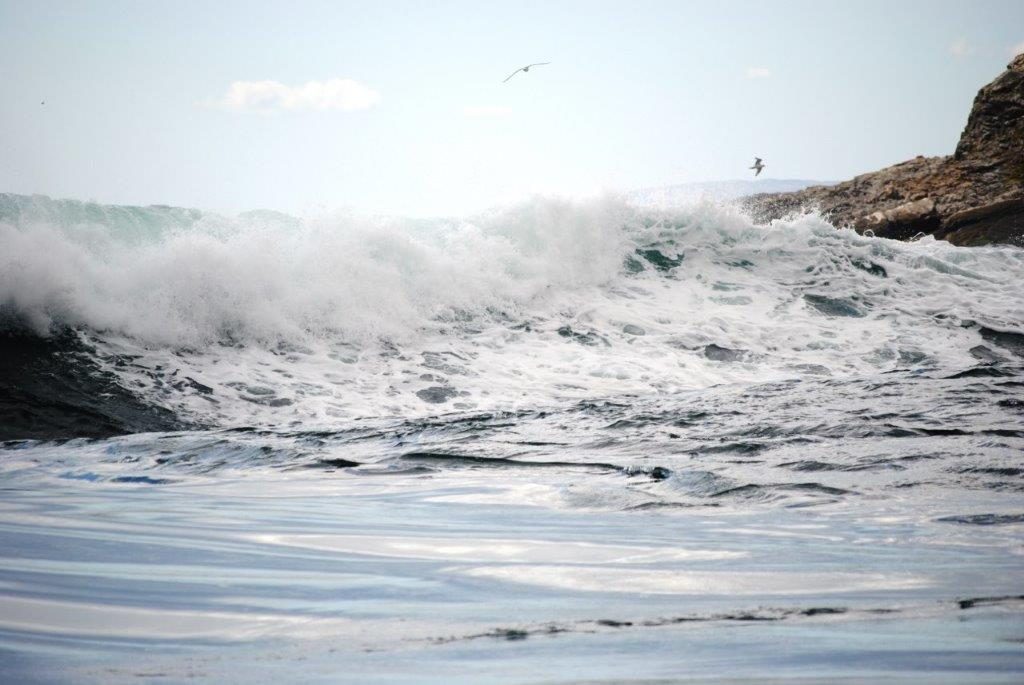 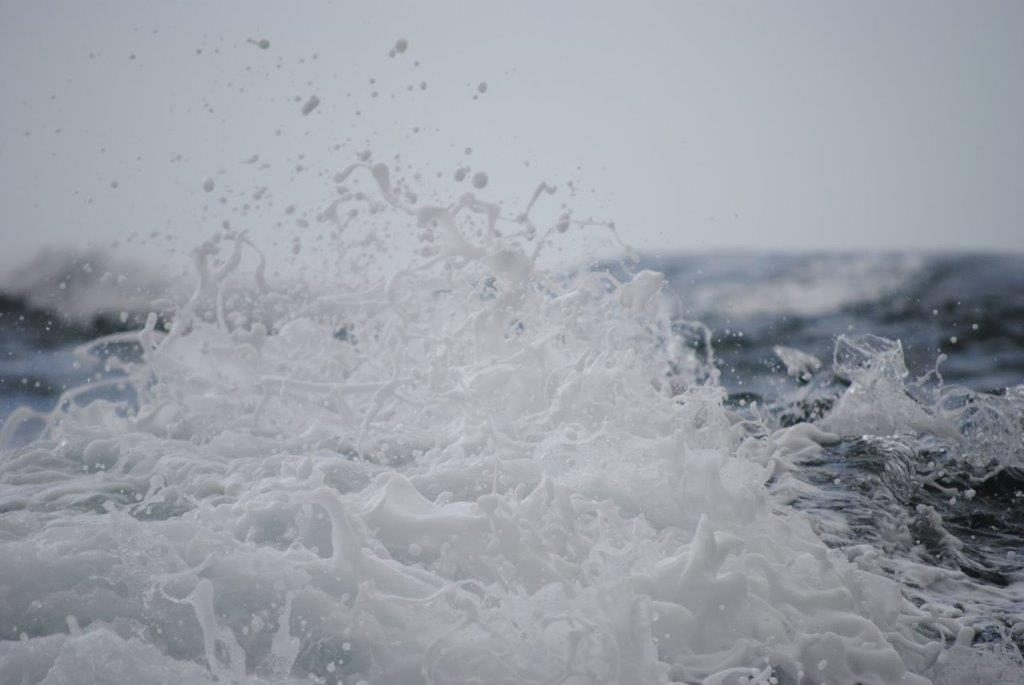