How the Whirlpool Works

The geographical relationship between the islands and mainland of the Argyll coast create an area of sea which has a very complex tidal system.

As the main flood flows north passing the Mull of Kintyre it sucks the water out of the Clyde Estuary, resulting in an extraordinary anomaly between Crinan and Lochgilphead.

Only six miles apart and the tide is high at one and low at the other… diametrically opposed!

As the flood proceeds up the Sound of Jura it is squeezed by the narrowing of the Sound and this increases the flow to a point where it passes through the Gulf of Corryvreckan at eight and a half knots on a full spring tide.

The maelstrom in the Corryvreckan works differently when the tide is ebbing from when it is flooding.

On the ebb, water is flowing in relatively undisturbed from the open sea.

On the flood, water has flowed up the Sound of Jura and has been agitated by the geography of the seabed.

There are innumerable humps and holes and reefs in the Sound and these create terrific tidal flows, up-thrusts and eddies all over the place until finally in the Gulf there is a huge hole down to 219 metres before being confronted by a pinnacle of rock off the Scarba shore which rises to 29 metres from the surface.

The steep east face of the pinnacle forces a massive upthrust of water to surface in pulses which are then swept away westward by the tidal flow and these dissipate into vortices or whirlpools moving west.

This is all clearly visible when there is no wind and the turbulent patterns are fascinating to see in mirror calm conditions.

However when there is any serious wind strength, particularly from the west, the up-thrusts at the pinnacle fold into the oncoming waves and accentuate them. Thus building, in gale force conditions, standing waves that can be 8, 10 or 15 feet high. A truly awesome sight!

When the wind is from the South East or from N or E of North, then the Gulf is in the lee and it tends to be less rough – one can see the pure tidal turbulence. The relative state of Springs to Neap tides also affects the strength of the flows and hence turbulence. So as you can imagine there are many, many factors which affect the performance and so one can never be entirely sure how it will be behaving before one gets there.

Following a visit to the Corryvreckan Whirlpool a number of years ago, Dan Tipp was inspired to write a seven-page thesis about the Corry. This fascinating document is available here in PDF format: 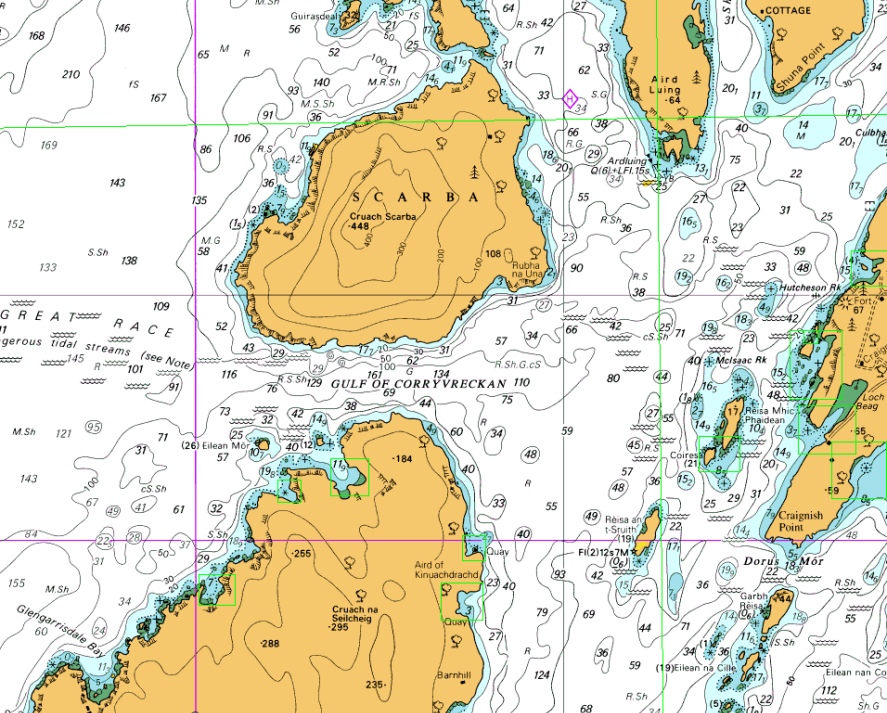 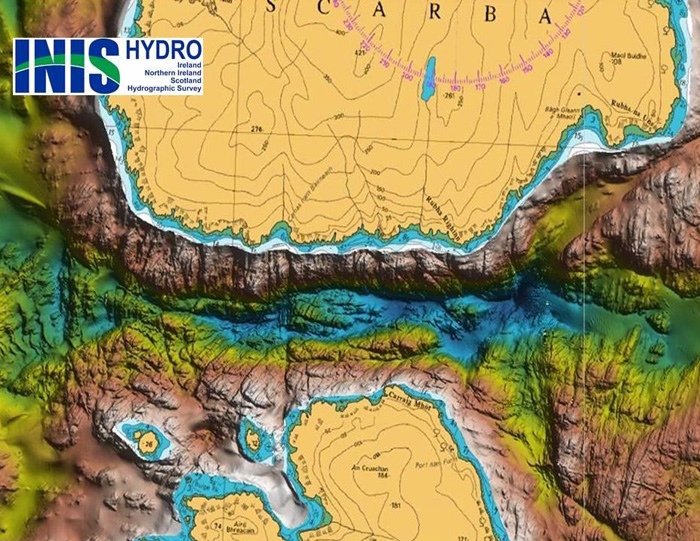 This Bathymetric Survey of the Corryvreckan is published here by kind permission of Dr John Howe, a Senior lecturer in Marine Geology at the Scottish Association of Marine Science