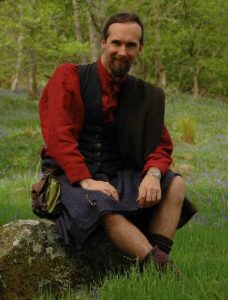 This version of the legend is  by Scot AnSgeulaiche, local historian, storyteller and tour guide – visit Scot’s website.

There’s a local tale about the naming of the Corryvreckan Whirlpool.

‘Well, Breacan, you have my decision. You’ll not marry my daughter unless you can survive A’Chailleach’s temper three nights. She is our Goddess and will give you a just hearing.’ The Chieftain, looked away from the viking warrior, who stood, stunned by the conversation. He returned to his encampment by the shore and his awaiting Norse comrades, the rebuttle still ringing in his ears. ‘Well?’ asked Erc, his friend. The downcast eyes of Breacan looked up, ashen ‘I can only marry her if I can survive three nights anchored aboard my ship in Cailleach’s Cauldron.’ ‘What?! That’s ridiculous!’. His friends were shocked by the challenge. ‘But, that’s impossible! surely?’ voiced another. Breacan stood in silence for a while, then addressed the warriors ‘If I wish to be with my beloved, short of abduction, which would leave us without estate, then I must attempt it.’ There was an air of mixed admiration, bravado and fear amongst his friends.

That night, Breacan consulted a local wise woman. She stared into the fire ‘To succeed, Breacan, you must make three anchor ropes. One of Wool, one of Hemp, one of the hair of a pure maiden. You’ll need one for each night in the tempest.’ The comrades set about collecting the wool and hemp and twisting to a good strong rope. It was a difficult task to make it strong enough. Breacan himself went in search of a maiden of unblemished virtue to offer her hair. Who else could he approach but his own love? She gazed wistfully at her long black hair, then reached for her shears. Once the men had finished twisting her hair to a suitable length of rope, it was only three strands thick. Would the magic and strength of virtue be enough?

That night, Breacan and a few men pushed off the shore in their galley, a large anchor rock, bound with wool, lying in the bottom of the boat. They lifted the rock overboard, the comrades taking to a small rowing boat to watch from the shore.

Breacan rode out the night at the edge of the Cauldron, the boat sinking low in the arieated water, but the rope held him back from the centre of the vortex. As the cauldron calmed for this night, the wool rope parted and the boat drifted into the now harmless cauldron. He had survived, just.

The second night, passed in similar horrific style, the hemp rope straining and slapping as the boat dragged towards the anihilation. As the vortex stilled, the hemp rope disintegrated, but again, he had survived.

On the third night, the three mere strands of hair held back the amazed and terrified Breacan from the roaring sea. As the turn of the vortex began to slow and the strain on the hair lessened, Breacan began to relax his white-knuckle grip on the gunwhales. It was then to the horror of all watching, that the hair neatly snapped, giving Breacan a few seconds to consider the slow drowning ahead of him as the boat sank lower, water quickly swamping it. The cries from the shore, as he looked back. Evidently his love-one was not as pure as he had thought. His body was found some days later by his dog and he was interred in Uamh Bhreacain (the cave of Brecan) on the shores of Jura.

Many years later, a Viking gold bracelet was found in the Coire Bhreacan. 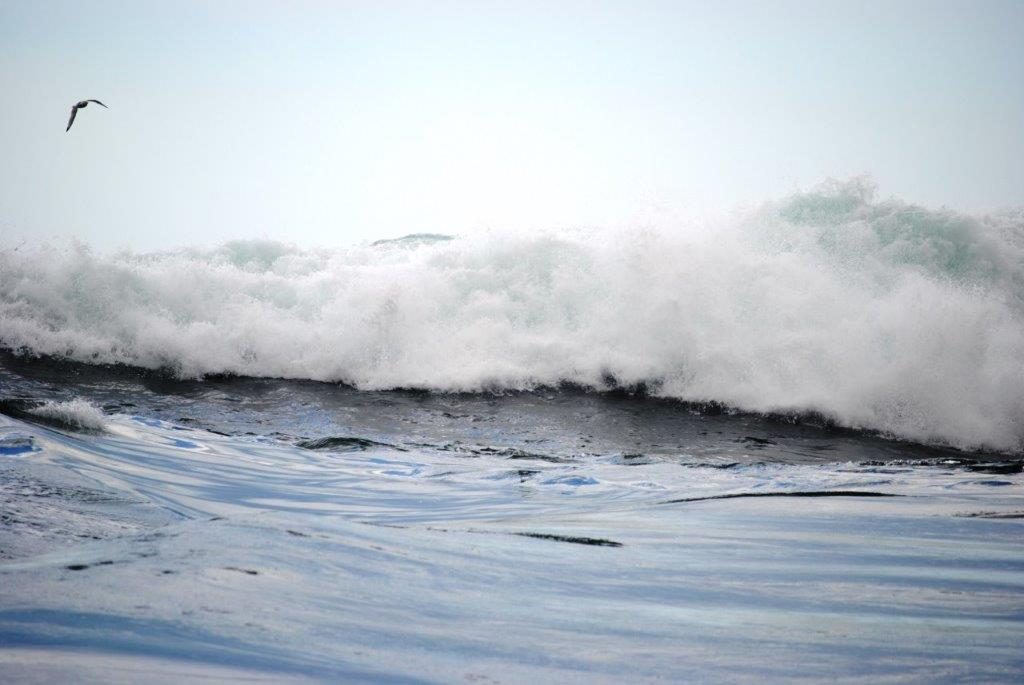 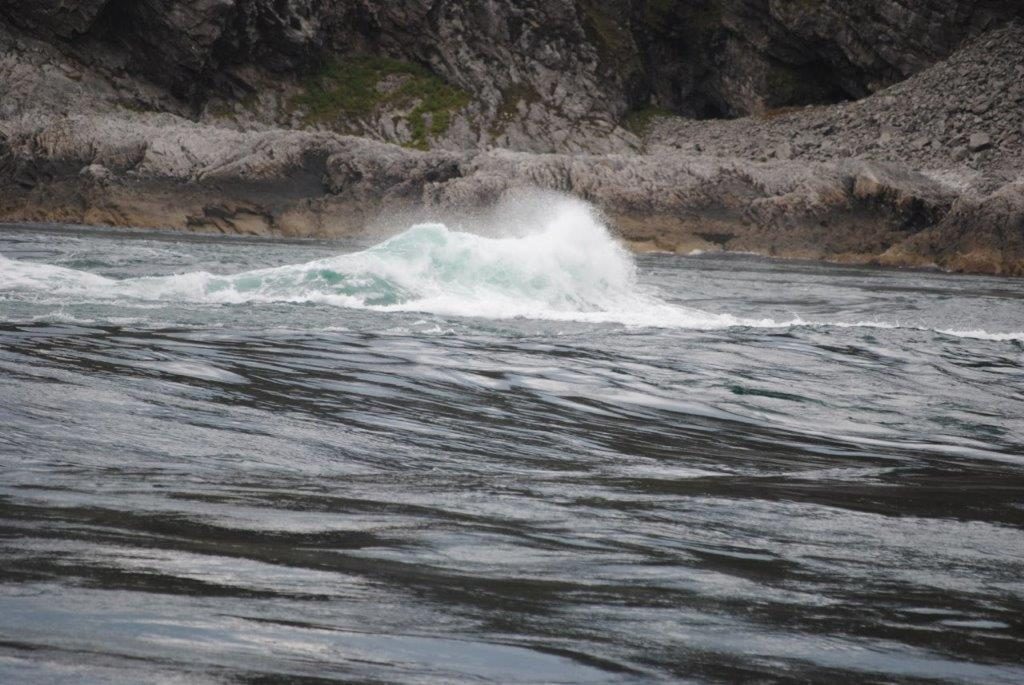 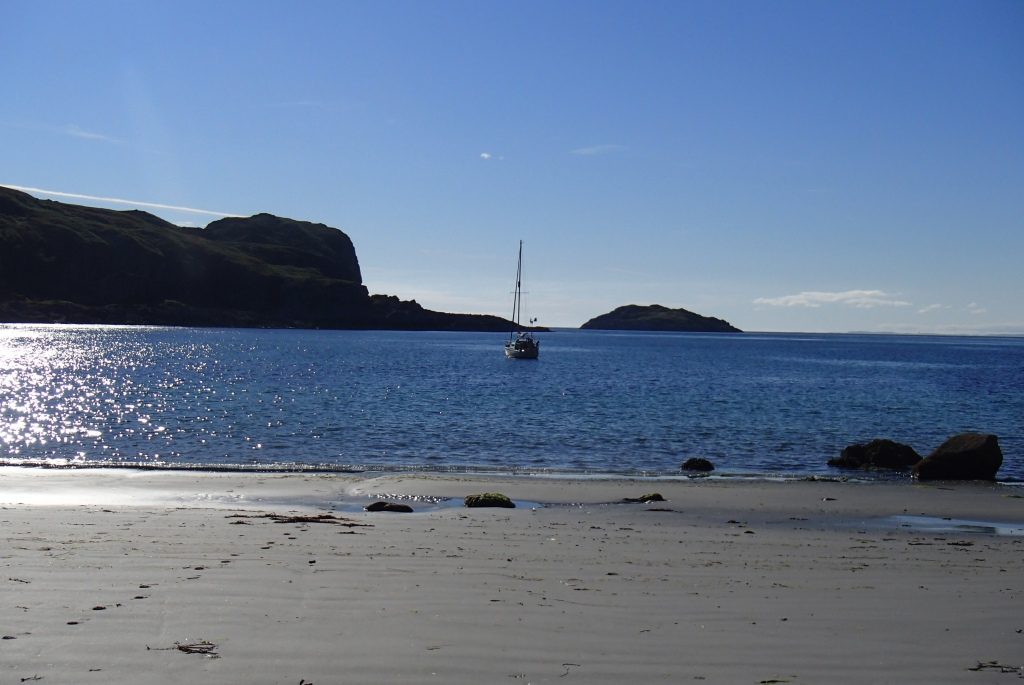 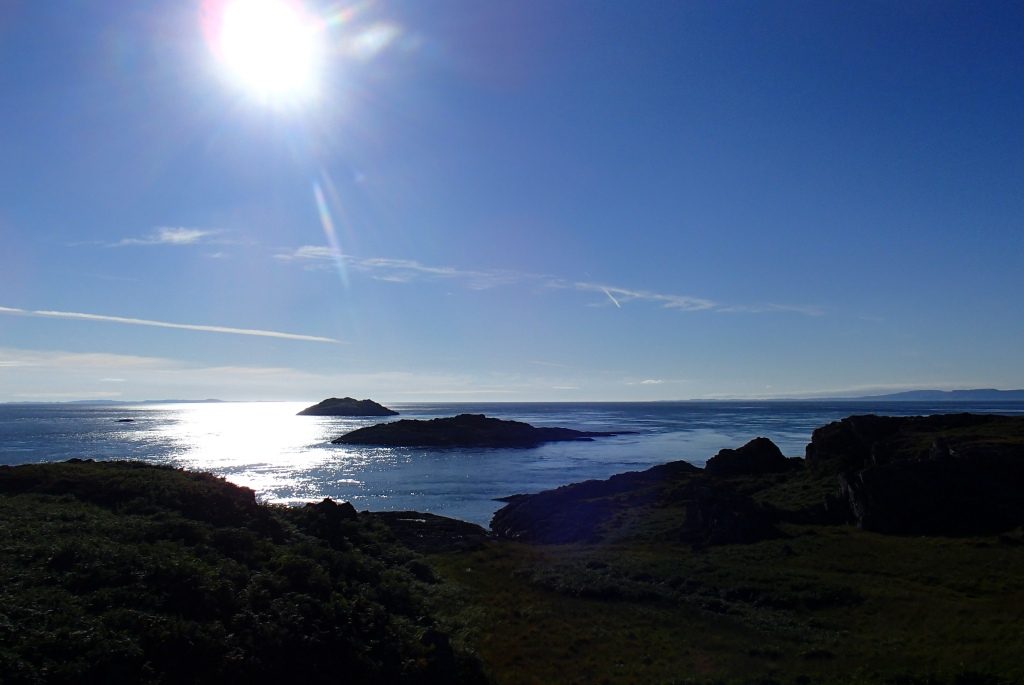